When God established a principle in the Bible, he did so with two or three witnesses.

In 2 Corinthians 13, and similarly in Matthew 18, it says: “In the mouth of two or three witnesses shall every word be established.”

The gospels are a perfect example of this. Matthew, Mark and Luke were all witnesses of Jesus Christ, and together, established the truth of his life, death and resurrection.

The idea of having two or three witnesses is a practical concept in many areas of life. It’s especially useful in a court of law, and I believe, an essential aspect of seeking truth. 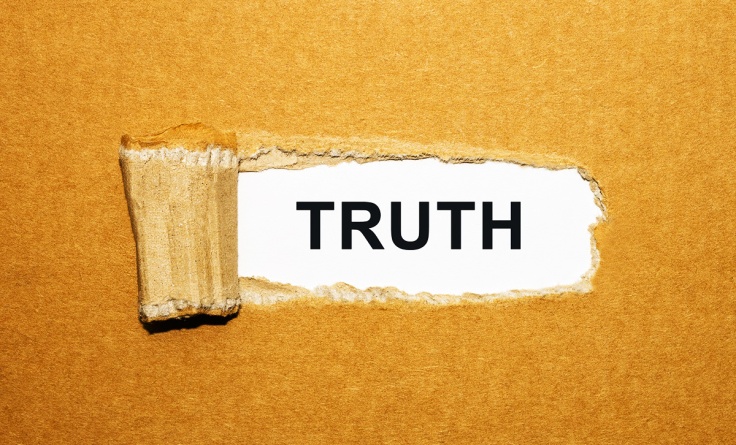 This is difficult as we are surrounded daily by claims of fake news, alternative facts and post-truth.

Fake news is not a new tactic. Propaganda has been used for decades all over the world. But the internet has exacerbated it.

In “Fake news: What exactly is it – and how can you spot it?” from the June 13 edition of The Telegraph, James Titcomb and James Carson wrote: “Before the internet, it was much more expensive to distribute information, building up trust took years and there were much simpler definitions of what constituted news and media, making regulation easier.

“But the rise of social media has broken down many of the boundaries that prevented fake news from spreading in democracies. In particular it has allowed anyone to create and disseminate information.

“In short, the barriers to creating fake news have been undone.”

This is why using “two or three witnesses,” or getting information from more than one source, is so important.

One way to do this is expanding what you read and who you follow.

At our staff meeting this week, Kay shared a quote from “How to Think for Yourself When Algorithms Control What You Read” by Marc Zao-Sanders: “Pretty much everything you see online, from search results to your Facebook feed, is generated by algorithms. This invisible code prioritizes information that it thinks you’ll like — which can turn your online experience into an echo chamber of identical opinions. How can you keep algorithms from penning in your worldview? To start with, think about how dangerous it can be to see only things that you already agree with. Be skeptical of the veracity and comprehensiveness of your internet feeds. Make sure you’re reading widely about issues in the world, and deliberately follow people with views that differ from yours.”

Vanessa Otero, who created a media bias chart for a more balanced consumption of news, said: “We are living in a time where we have more information available to each of us than ever before in history. However, we are not all proficient at distinguishing between good information and bad information. This is true for liberal, moderate and conservative people.”

Another aspect is realizing we may only have a portion of the truth.

The ancient parable of The Blind Men and the Elephant, as written by American poet John Godfrey Saxe, begins:

To learning much inclined,

Who went to see the Elephant

(Though all of them were blind),

That each by observation

The six blind men each grab a different part of the elephant and describe what they think it is like. 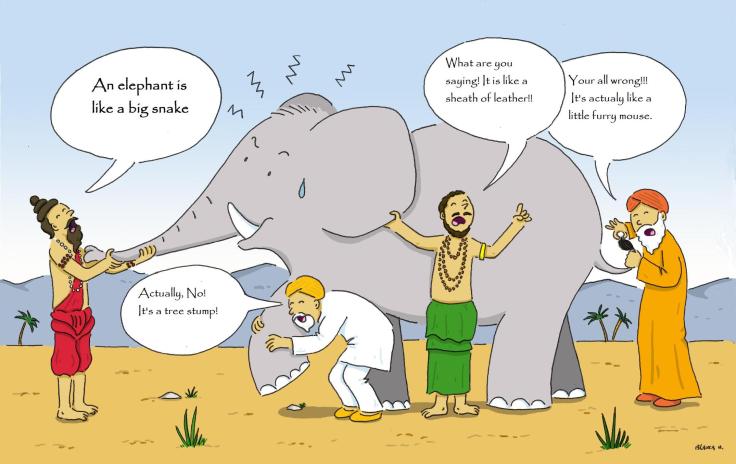 “Each is describing truth. And because his truth comes from personal experience, each insists that he knows what he knows (Uchtdorf).”

And so these men of Indostan

Each in his own opinion

Though each was partly in the right,

And all were in the wrong!

There’s a lot of anger amidst a lot of partial truth. People are quick to yell “I’m right and you’re wrong” or “fake news!” if they don’t agree with what’s written.

If you’re only watching one cable news channel or reading one national newspaper, you may be seeing only one part of the elephant.

I suggest we pause, take a little break, cool off a bit. Stop making assumptions. Realize others may have some truth, too, or a different perspective like each of the blind men.

And listen. Really listen to what others are saying. Be humble. And patient. And meek.

Maybe then we can better learn how to correctly discern between what is truth and what is not. And find a little peace in the process.