We recently had the opportunity to lay tile in my parents’ kitchen and dining room for them.  If you know my parents, this is practically a miracle. My dad is the biggest tightwad I’ve ever met, so convincing him it was time for an upgrade is heavy work.

My parents have owned their current home for 35 years, and since the day they moved in, their kitchen/dining room area has been carpeted.

Definitely time for some tile!

So glad we were able to help with this little (small for some of us, bigger for others) project.

I consider my husband, Will, a jack of all trades. He knows how to do a lot of different things. And if he isn’t quite sure, he figures it out. This was only his second time tiling. The first time was probably 8 years ago when we put tile in our first home.

I love that he isn’t afraid to do things he’s not perfect at. The opposite of me. If I know I’m not great at something I most likely won’t want to do it. Probably why I still haven’t learned how to sew even though there are plenty of projects I’d love to do in my spare time (ha ha, joke’s on me). 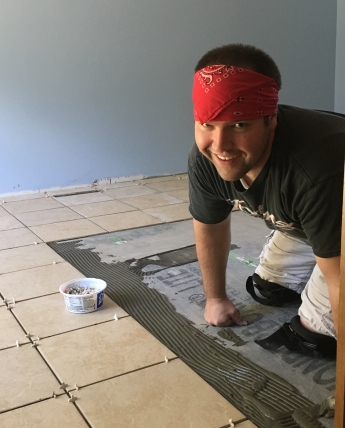 Growing up, my husband helped his dad remodel their house in Seattle. His dad’s philosophy is now something of a legend for our family. He is famous for saying, “Watch and Learn.”

I’m sure it extended beyond just the remodeling, but it is a lesson we are all still learning from today. My husband and I joke about it, but it is something fun for us to remember about his dad. Every time we have a project, or are working together on something, this is mentioned… “Watch and Learn.”

It frustrated our seven-year-old to no end during the tiling project at my parents. She wanted to help so much but was always told to “watch and learn” instead. She was given plenty of small jobs to help out as was our four-year-old. Our youngest also wanted in on the fun of helping out and was eagerly in the mix whenever possible. My oldest, Ailey, just did not understand why she couldn’t mud, lay the tile and do all the jobs dad was doing. I gently explained to her that this was his project and we were merely there to watch and learn … and assist when needed. And that even myself and Gramps were not allowed to lay the tile.

Trust me, I volunteered several times to help, but was denied each time. I guess I haven’t watched enough or learned enough. I’m not sure which. Maybe both.

I hope that my kids learn the value of hard work and will “watch and learn” from their dad the way he learned from his dad (and mom).  They are at a critical age where most of the time they actually love to help with projects and chores that are different from the normal ones.

I remember so many trips to my great-grandma Jessie’s house to work for her on the weekends. Things she needed my dad to fix or build, we would all load up in the car, drive through “The Nation,” (don’t ask, I couldn’t tell you what it is, but Grandma’s house was just over the next hill or around the next curve in the road), and work and play all day on a Saturday to help her out. I have a lot of fond memories, mostly of playing while my parents worked, but at times there were responsibilities as well.

There is so much that can be learned from this 2-weekend project and I hope that my kids will remember the value of hard work and the idea to “watch and learn.” 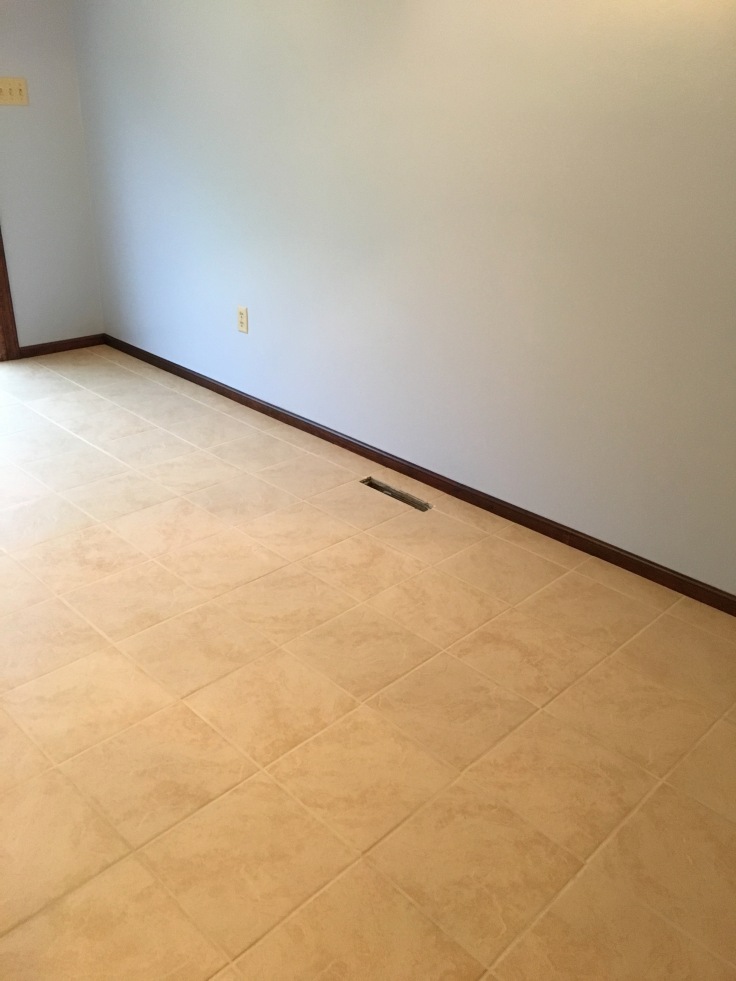